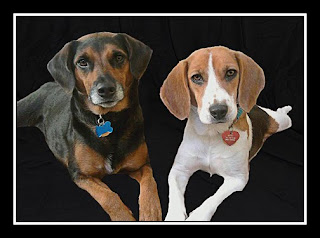 Hello: I would like to share a photo of our two pups, both of them adopted from your shelter. Cooper, the good looking black/brown guy on the left was adopted in June, 2007 as a 4mo old pup, shelter name was Wade. He quickly grew into sweetest and smartest dog we have ever had. He loves nothing better than to run and play in the back yard with any other dog around. Betsy the Beagle, on the right, was adopted on July 4, 2010. Her shelter name was Betsy and it seemed to fit her so we kept it. We had never adopted an adult dog before so we were a little worried how everyone would get along. It could not have worked out better. The two of them quickly decided that Betsy was the boss and they have become the best of friends. Cooper is so laid back that he couldn't care less who is in charge as long as there's someone to play with. Betsy is extremely affectionate and loves to be cuddled and petted, just don't bother her when she is napping, that is HER time!!! We wouldn't be happier with the two of them and will never get another dog from anywhere but a shelter, and it will most likely be Clinton County. Your facility is great and it is so obvious that everyone there wants the absolute best for the animals. Keep up the great work. We would love to stop by more often but I don't think we could leave empty handed. Thanks for everything. Greg and Sheila Michael
Posted by Animal 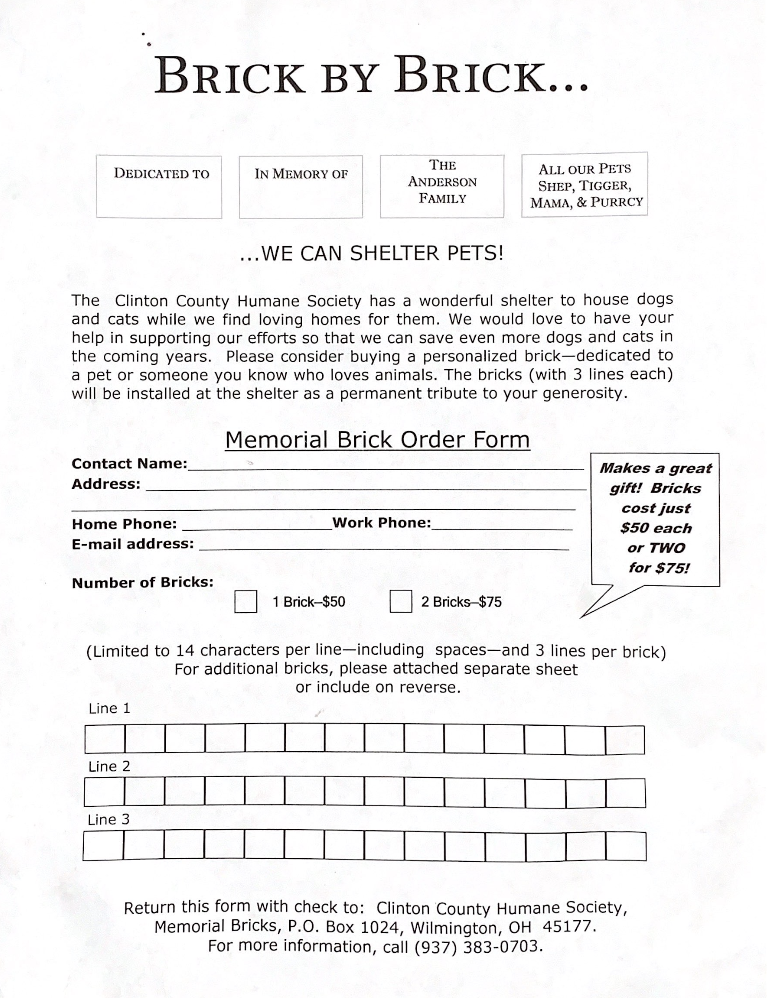 Adoptions…In 2018 we found homes for 390 previously homeless animals. Thanks go to our wonderful caring volunteers and to our dedicated individuals who bring us supplies and funds.